This is a regular monthly feature in our newsletter with Howard Gordon, looking at Rights and Dementia.
This month Howard is looking at the Department for Work and Pensions Green Paper. 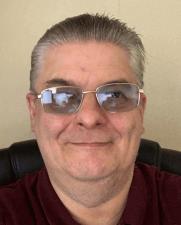 The department for Work and Pensions, quietly and insidiously released a Green Paper, 2 days before the Westminster Parliament went into summer recess.

Called “Shaping the Future: The Health and Disability Green Paper” it claims to explore how the benefits system can better meet the needs of disabled people and people with health conditions now and in the future, to build a system that enables people to live independently and move into work where possible.

This Green Paper considers the options for addressing short- and medium-term issues in health and disability benefits. It will also start a discussion about the opportunities for wider change to deliver on the objectives of the health and disability benefits system. This Green Paper will also consider whether the money we spend on supporting disabled people and people with health conditions is spent well.

Many Disabled Peoples organisations have been alarmed by the green paper’s repeated references to rising spending on disability benefits, which, says the Department for Work and Pensions (DWP), “suggests there is more we can do to enable independent living and employment”.

The green paper says that ministers want to “explore making bigger changes to the benefits system” that will mean the system is “more affordable in the future”.

The green paper also suggests that ministers could create a “new single benefit” so as to simplify the application and assessment process, presumably by merging PIP – which contributes towards the extra costs of disability – with the income-related employment and support allowance (ESA) and universal credit.

There is also concern about references  to disability benefits systems in other countries, particularly to  New Zealand, where the equivalent to PIP is means-tested and reaches a maximum of only £34 a week.

Jones said: “It seems to me that if the UNCRPD cannot stop or at least hinder the government when it tries to make disabled people pay for COVID, having already made them pay for the 2008 financial crash, then it truly is not worth the paper it is written on.”

Ken Butler, welfare rights adviser for Disability Rights UK, said the suggestions about cuts to future spending and a new single benefit were “very concerning… especially as they were not directly raised by the DWP in workshops prior to its publication”.

He said any reduction in spending “could only happen if new rules excluded more disabled people or benefit amounts were reduced”.

He said: “A new simplified single benefit may be a way of achieving both.

“Given its highlighting of benefit spending costs, a concern must be that it could result in a means-tested mish-mash that will exclude some disabled people now receiving PIP.”

And he said the green paper’s idea of replacing benefit payments with provision of aids and equipment was something the government ruled out in 2016, adding: “Shouldn’t aids and adaptations be freely and widely available now under NHS provisions in any case?”

Butler said the green paper was “strangely silent” on continuing flaws in the disability benefits system, such as the government’s original intention of using the introduction of PIP from 2013 to cut spending on disability benefits by 20 per cent; the “20-metre rule”, which has led to thousands of disabled people losing their Motability vehicle and their independence; and DWP rules which mean that disabled people can earn and keep £100 more on the ESA permitted work scheme than they can under universal credit.

Vicky Foxcroft MP, Labour’s shadow minister for disabled people, said: “The government has a long way to go to rebuild trust with disabled people, especially after they snuck crucial proposals like this green paper through just before recess without any parliamentary scrutiny.

“This government’s green paper makes bold claims but lacks adequate detail or evidence and they have instead initiated a half-baked consultation during summer.

“Reducing the number of assessments needed has potential merit, but simply merging benefits is ill-thought-through.”

She added: “The government must recognise the amount of anxiety this will cause and clarify this isn’t just about a cost-saving exercise.

“The future of benefits must support those who can’t work and help those who can into high-quality jobs and good training opportunities – allowing people to rise to their full potential.”

Kathy Bole, co-chair of Disability Labour, said the government had taken “10 years to decide to simplify a bad system”, and she called instead for it to be “scrapped and overhauled”.

She said: “The government should stop wasting money on half-baked austerity plans and really engage with us to get the strategy right.

“Disabled people should not have to bear the brunt of the cost for COVID.”

The Green Paper also mentions Work Capacity Assessments and although not explicit in the paper, they could be used to reduce the number of Disabled people receiving any Disability Premium on Universal Credit.

The link to take part in the Consultation is:

It is so important that everyone has their voices heard on this issue.